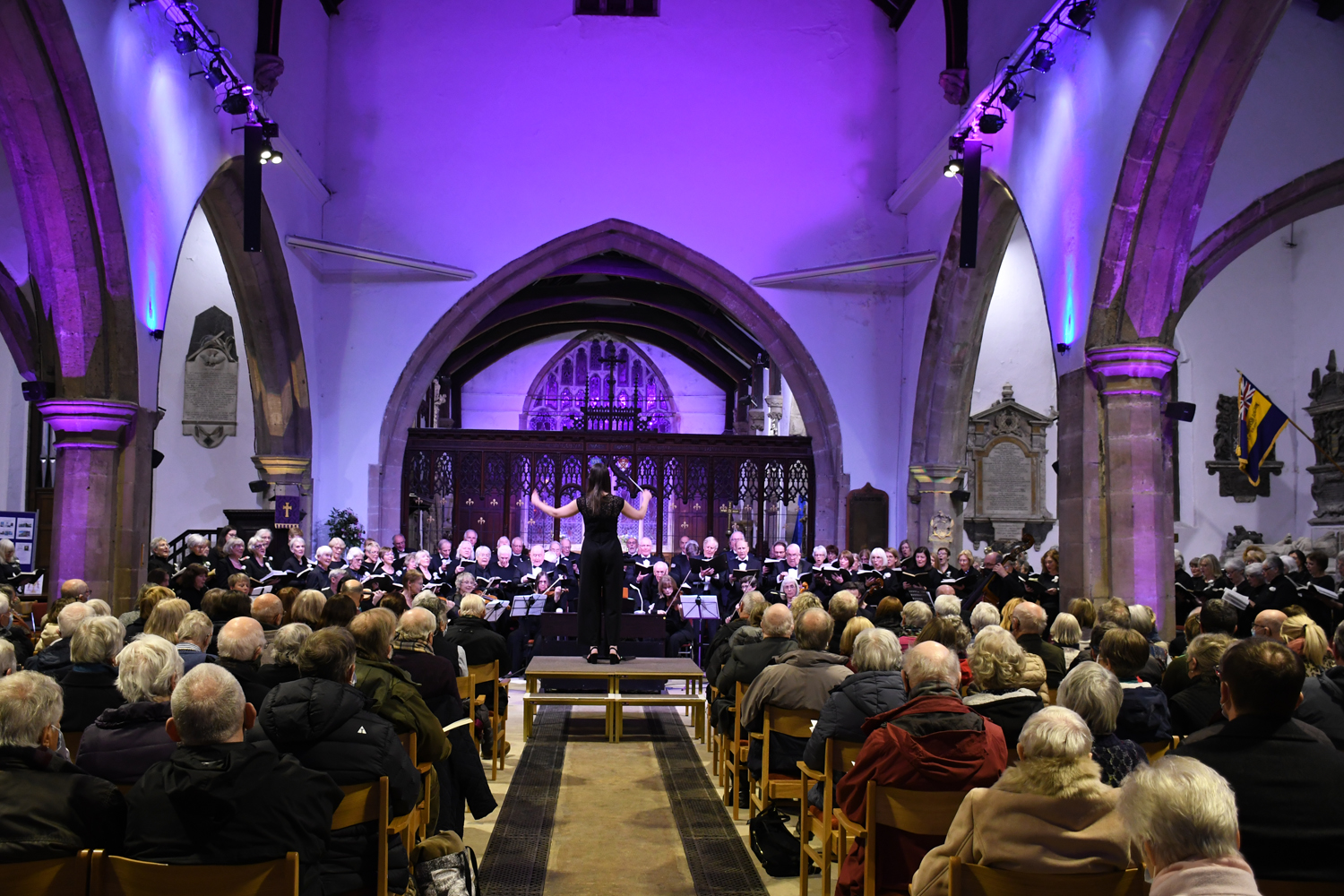 THE setting for the concert – St Margaret’s Church in Ilkley – was imposing and the programme was ambitious. There were around 200 people in the audience and a total of 100 singers – 98 choir members plus two soloists – showing impressive local enthusiasm for choral music and how the desire to sing and perform has remained strong in spite of long restrictions on music making during the Covid pandemic. It was touching that the performance of the Brahms Requiem was dedicated to victims both of the pandemic and of the current conflict in Ukraine.

The opening work was Hubert Parry’s “I Was Glad”, composed in 1902. There was a powerful organ opening played by Christopher Rathbone, the St Margaret’s Organist and Director of Music, followed by a joyous entry from the massed ranks of the choir. I enjoyed the interweaving of the various choral parts and way the choir handled the change of mood in the second part of the piece. It was sung at the Queen’s coronation in 1953. I suspect we’ll be hearing a lot more of it in the next few weeks.

The second work was another joyous piece: Antonin Dvorak’s “Te Deum”. It was composed and premiered in 1892 to celebrate both the 400th anniversary of Columbus Day and Dvorak’s arrival to take up his post as Director of Music at the National Conservatory of Music in New York.

I was initially a bit disappointed to realise that the choir would be accompanied by the organ and not an orchestra. I’d had a listen to the piece in advance to see what might be in store and was really looking forward to hearing the timpani cross rhythms in the opening section. However that disappointment didn’t last long. I was soon carried away by the energy of the folk-influenced choral introduction and the skill and complexity of Christopher Rathbone’s accompaniment.

Charlotte Trepass the soprano soloist sang beautifully in the second section with lovely flute like accompaniment by the organ and some excellent monk like singing in the background from the male voices. Oskar McCarthy the baritone soloist sounded warm and expressive in the third section. The fourth section was fast and furious making it a challenge for the choir to get their off-beat entries really precise. The piece ended in rousing fashion with a wonderful Aleluia from both choir and soloists.

After the interval, the celebratory mood of the first half was replaced by something more contemplative and dark. Brahm’s Requiem was written between 1865 and 1868 and is the longest piece he composed. The biblical text was sung in English. The seven movements cover a whole range of emotions from attempts to comfort the bereaved “They that sow in tears shall reap in joy” to direct confrontation with human mortality “Lord, let me know mine end and the number of my days”. The music echoes this, with passages that range from tranquil to extremely dramatic.

For the Requiem the choir was accompanied by the Yorkshire Chamber Ensemble led by Rachel Morgan. The orchestra’s playing was excellent and sensitive throughout. Highlights for me were the strong playing of the horn and bassoon, the string playing in the fourth movement and the clarinet accompaniment of the soprano soloist in the sixth movement.

The soprano and baritone soloists were again outstanding. I particularly liked the delicate interaction between soprano, orchestra and choir in the fifth movement.

And what a test this was of the choir’s stamina. I felt that they could have made more of the cheerful mood towards the end of the second movement “Gladness and joy everlasting” – they were probably still contemplating “all flesh is as the grass.. and the grass is withered” from a few moments earlier. And it was hard to bring clarity to the complex fugue for choir and orchestra in the sixth movement. But overall under the expert and clear direction of their Musical Director Jenny Stirling they gave an excellent performance of a difficult and demanding work.

I confess that I wouldn’t usually see this sort of concert as my cup of tea. I’m a clarinet, saxophone and more recently banjo player, and my main experience of choral music comes from hearing my dad sing in our local synagogue choir in Manchester when I was young. However I guess that meant that I attended the concert with few preconceptions. I feel that in music as in life, it’s important to have an open mind and an open ear. I was delighted to discover the Dvorak and impressed by the scale and concept of the Requiem. I found the concert varied, full of interest, thought provoking and moving. I feel grateful and somewhat flattered to have been given the opportunity to write this review.